What happens after an infusion of a hyper-oncotic fluid? The glycocalyx shrinks, releasing plasma volume into the free circulating volume, giving the impression of an increase in vascular volume. If this theory is true, then hyper-oncotic fluids do not draw fluid in from the interstitial space.

Inflammed capillaries become leaky due to the formation of gaps. Initially these gaps are covered by a layer continuous with the endothelium and has a high reflective coefficient to albumen. What was thought to be small pores, is, in this model, actually a large pore with a selective glycocalyx cover.

Glycocalyx is rooted within the cell cytoplasm, crossing the cell membrane and expressing numerous Glyco-proteins within vessel.

The trans-glycocalyx oncotic pressure gradient is high. The reflective coefficient of the glycocalyx on one side and the flow of water on the other side keep proteins out of the sub-glycocalyx area. This is contra to Starling’s theory.

Starling was dead for quarter of a century before anyone published a ‘Starling Equation’!

Trans capillary escape of albumen is about 5% per hour. In cancer, sepsis and surgery this is 15% (3x higher). How does a cancer patient without shock manage this and yet a septic / post surgical patient becomes oedematous? There is much we don’t understand. It is a function of solvent flux + true diffusion.

Interstitial fluid flow is about 8l/day. Thus the entire circulation exits the plasma every 9 hours (possibly every 3 hours in septic patients).

Questions and answers – Tom Woodcock; Can Ince; Bernard van den Berg
Is there any relevance to paediatrics? Nope. This is all animal based and theoretical.

Fluids, glycocalyx and the vascular barrier – Can Ince

The vascular pores and glycocalyx are heterogeneous throughout the vasculature. Different microcirculations regulate flow in different ways.

Cytocam-IDF uses green light to image red blood cells flowing through microvasculature. Video demonstrate giving fluid on its own will increase flow through functional microvascular whilst static and congested capillaries get worse due to interstitial oedema.

Colloids restore MAP and lactate with less volume than crystalloids, but vascular barrier remains unchanged despite choice of fluid.

The glycocalyx is not a key component of the vascular barrier.

Protection of vascular function is achieved by anti-inflammatory and anti-oxidant drugs and limitation of fluids. 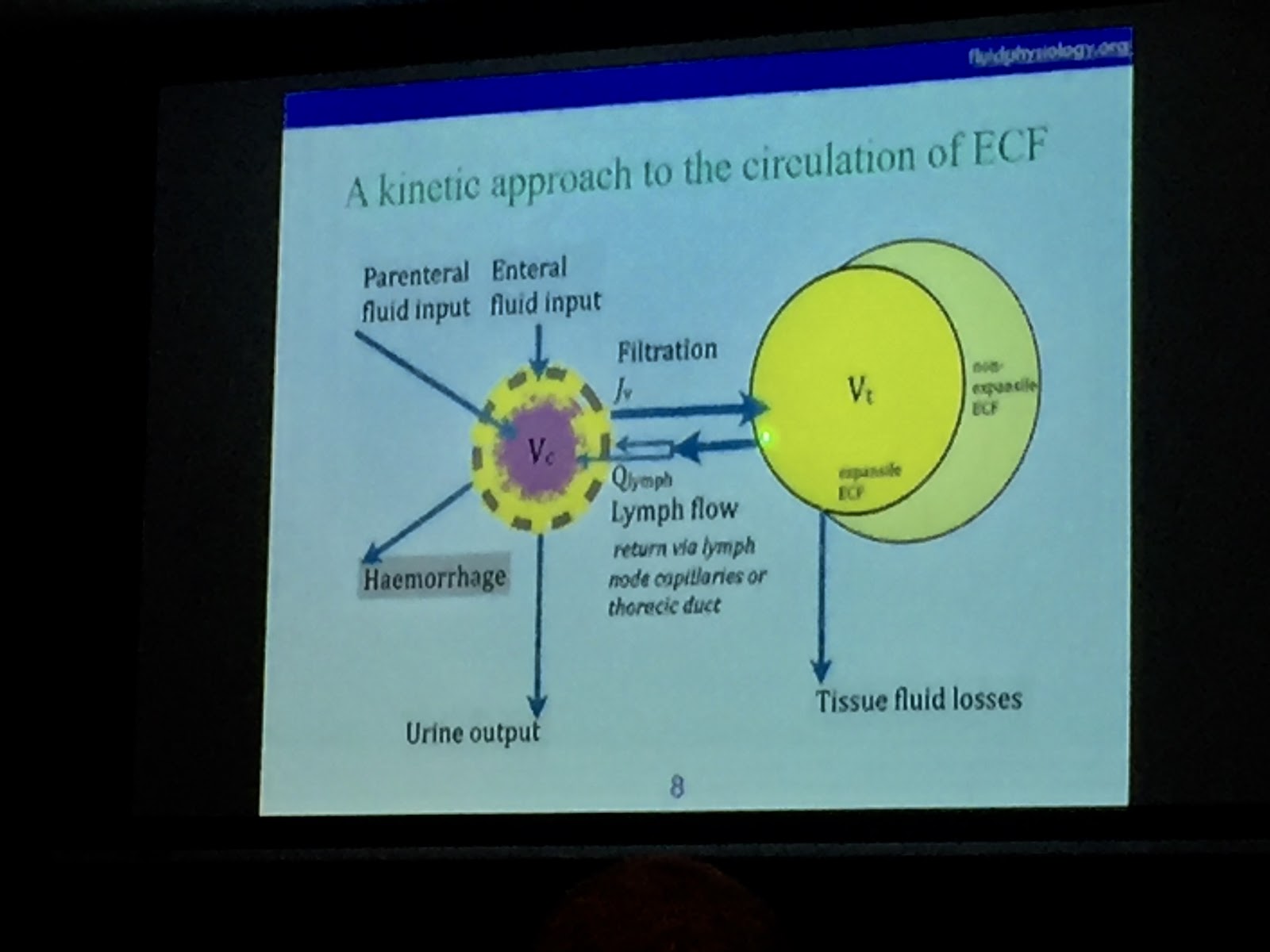 Resuscitate with crystalloid —> patient does not become anaemic