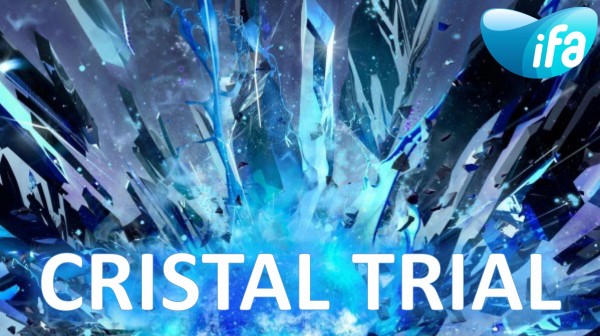 Crystalloids or Colloids in Hypovolemic Shock

To test whether the use of colloids or crystalloids for fluid resuscitation is more likely to reduce mortality in patients admitted to the ICU with acute hypovolemic shock.

Two types of solution are used for expansion of fluid volume in patients in the ICU: crystalloids (e.g. isotonic or hypertonic saline or buffered Ringer lactate, acetate, or maleate) and colloids (e.g. gelatins, albumins, dextrans and hydroxyethyl starches). It is unclear, however, whether colloids or crystalloids are the better option for hypovolaemic patients in the ICU setting. The study reported here, ‘Colloids versus crystalloids for the resuscitation of the critically Ill (CRISTAL)’, compares patient outcomes after use of any agent from the class of colloids with any from the class of crystalloids.

The study ran from February 2003 to November 2012 in 57 ICUs in France, Belgium, Algeria, Tunisia and Canada. Eligible patients requiring fluid resuscitation for acute hypovolaemia were given either crystalloids (isotonic or hypertonic saline or Ringer lactate solution) or colloids (gelatins, dextrans, hydroxyethyl starches, or 4% or 20% of albumin) for all fluid interventions for the remainder of their stay in the ICU (other than crystalloids for routine fluid maintenance or albumin to counteract hypoalbuminaemia). The primary outcome measure was death within 28 days. Secondary outcomes were 90-day mortality, days alive and not receiving renal replacement therapy, mechanical ventilation or vasopressor therapy, days without organ system failure (i.e. SOFA score <6) and days not in the ICU or hospital.

Among ICU patients with hypovolaemia, there was no significant difference in 28-day mortality between patients given colloids and those given crystalloids, though colloids appeared to reduce the requirement for mechanical ventilation and vasopressor therapy while the patients were in the ICU. There were fewer deaths at 90 days in the patients treated with colloids, but the authors suggest that further studies are required to substantiate this finding.

This large study completed the series of big fluid trials in 2013 after CHRYSTMAS, 6S and CHEST being published in 2012. The study has some strengths: not only was it a pragmatic, international, randomized trial performed in 2 parallel groups of adult critically ill patients requiring fluid resuscitation for acute hypovolemia, including almost all consecutive patients at a very early stage of shock (because of a waiver of informed consent); it was also the only trial among the 4 where patients, in order to be eligible, had to have received no prior fluids for resuscitation during their ICU stay. However, there are many limitations:

As of today, despite the recent large trials we still don’t know which type of fluid is the best in each phase of shock in each type of patient. We do know that the best fluid is probably the one that has not been given and fluid administration must be seen as any other drug where the risks and benefits are weighed; fluids must be guided per protocol and fluid responsiveness must be assessed upfront and above all fluid overload must be avoided and de-resuscitation must be considered. Taken this into account it seems that a dynamic approach starting with crystalloid maintenance and resuscitation fluids, followed by colloids (sepsis and burns excluded) or albumin at a later stage is our best option. So it’s all about the choice, the timing, the dose, and the speed of administration. Unfortunately one size does not fit all…